How do I capture Mascot Morty in Pocket Mortys?

Is there really a bug that won't allow you to capture a Mascot Morty?

Mascot Morty is the rarest Morty of them all. He is the final Morty you will face to complete the game, but he can't be found no matter how hard you search. This is because there is a bug in the game that doesn't allow you to finish the side quest for Mascot Morty. According to the Pocket Mortys Twitter, Mascot Morty will be available along with new Mortys in a future update. Adult Swim has not announced when they plan to release the update to the Apple App Store.

Update: One Reddit user has confirmed that you will need to trade the Roy VR Headset for a Mascot Morty.

Update #2: Version 1.1 of the app fixes the Mascot Morty bug. 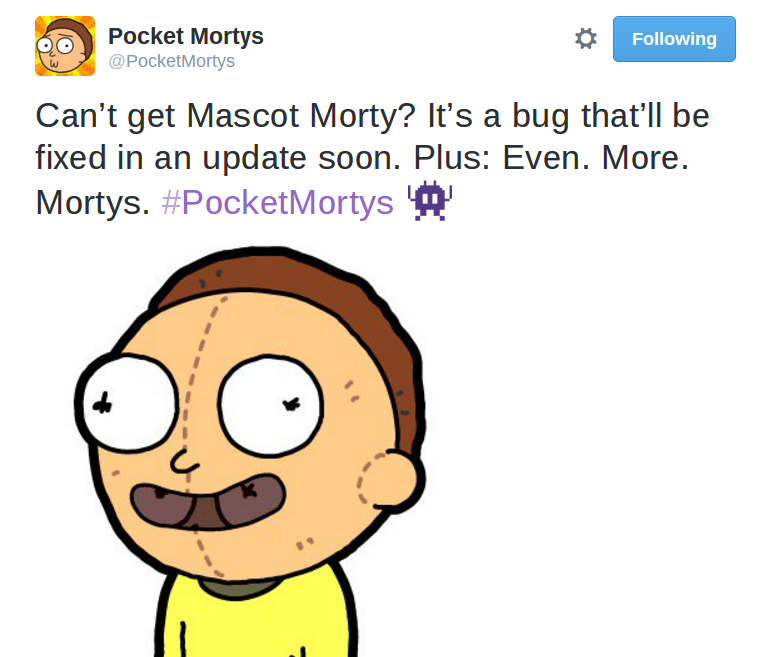