The latest word regarding the 1.1.3 jailbreak, out of iPhoneAtlas, suggests that a version will be released to the public as early as tonight or tomorrow. The yet to be released jailbreak method will, like the 1.1.2 jailbreak, require a moderate amount of user involvement and knowledge -- a mix of scripts and user input. Thankfully, though, nothing along the lines of the very first iPhone jailbreak methods.

As we reported yesterday, the dev teams have now developed two different versions of the 1.1.3 jailbreak. The plan, as mentioned yesterday, is to release one method for iPhone owners to use now while holding onto the second method for

Earlier this week, it was reported that an iPhone 1.1.3 jailbreak had been accomplished but would not be released. Amongst the reasons that the initial jailbreak would not be released was that the jailbreak was not completely software driven, and as such required hardware modification. While this news certainly didn't perk up the spirits of 1.1.3 adopters that were sorely missing their third party apps, the latest very well may.

It's been widely reported that a combination of efforts from the iPhone Dev Team and the Elite Team have led to a successfully jailbroken iPhone running 1.1.3. Third party applications were subsequently installed on the jailbroken iPhone and reportedly work fine. The video shown below demonstrates the jailbroken 1.1.3 iPhone with 3rd party applications. The video has been 'confirmed' to be legitimate by a variety of sources.

UPDATE: A downgrade for 1.1.3 is now available. More information can be found here.

For those of you who decided to try out the latest iPhone firmware in order to check out the new features, planning only to downgrade back to 1.1.2 or 1.1.1 after deciding whether or not the loss of third party applications was worth it, a bit of bad news has found (or shortly will) its way to your doorstep. As it turns out, what was previously witnessed with the leaked 1.1.3 firmware, holds true with Apple's official release - there is no way to downgrade to an earlier firmware version.

As mentioned, for the privileged few who got their hands on the leaked version of 1.1.3, the inability to downgrade firmware was witnessed a couple of weeks ago. Noted iPhone hacker Nate True posted on his blog on creations.net that the downgrade 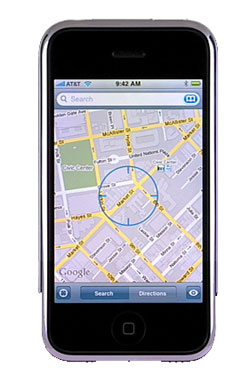