Shipping times for the iPhone 5s have been pushed back to October for the gold model, and there is now a 7-to-10-day wait period for the silver and gray models. Apple told AllThingsD that "demand for the new iPhones has been incredible," and they are limiting "supply of certain iPhone 5s models in some stores." 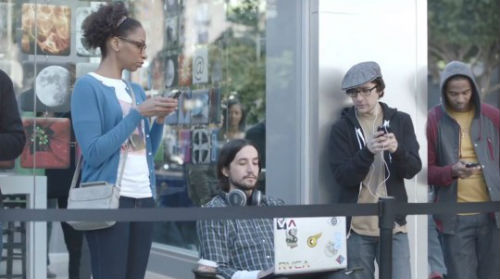 Sources at multiple U.S. carriers previously told AllThingsD that inventory for the new iPhone was "grotesquely unavailable" before its launch on Friday. We won't know for sure if demand is actually high, or if supply is just limited, until Monday after Apple releases its official sales report.

The Wall Street Journal reported this morning that Apple has "asked its suppliers to increase production of the gold-colored iPhone 5S by an additional one-third after seeing strong demand." But some Apple fans are already speculating that the shortage is due to low iPhone 5c sales, and not higher than normal demand for the iPhone 5s. The iPhone 5c estimated shipping times are currently listed at 1-to-3-days.