Freddy Fazbear's Pizza closed its doors more than 30 years ago but the story lives on thanks to Fazbear's Fright: The Horror Attraction. The owners have filled Fazbear's Fright with authentic items from the original location, including one animatronic... 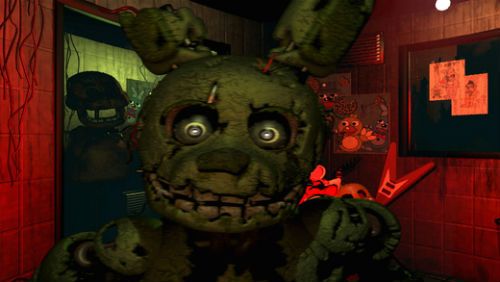 The insanely popular Five Night's at Freddy's is back with a third installment. The location of the game has been changed but the gameplay is basically the same. In Five Nights at Freddy's 3 players are once again a night security guard at the new Fazbear's Fright horror attraction. Instead of being able to control only the security doors and cameras, players can now play audio through speakers and control the ventilation systems. Of course in the spirit of Freddy Fazbear these systems are old and don't work well.

Five Night's at Freddy's isn't just a game, it's a mini horror story. New players should definitely start with Part 1 and Part 2 before jumping into Part 3. The third game in the series wraps up the story of Springtrap and Freddy Fazbear's Pizza, and it won't be as fun if you do not know the entire history.