How do I join Clubhouse?

How do I get a Clubhouse invite? 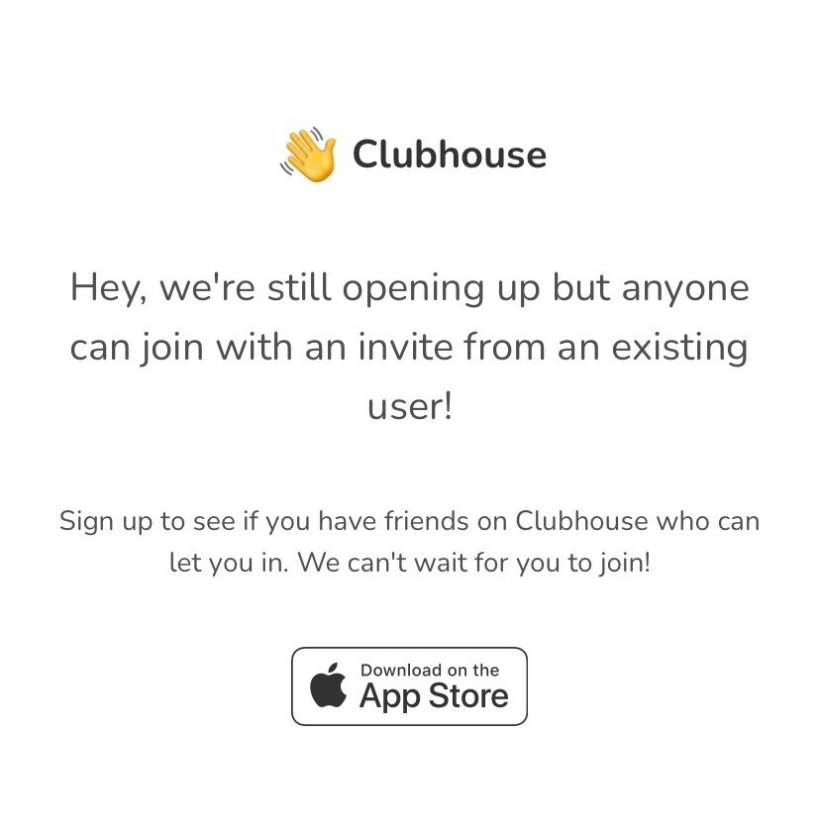 Clubhouse is a social media "voice" app where users can join audio chatrooms to listen to different conversations. Users can also start their own rooms to talk to friends and have conversations with strangers from around the world. Audience members can enter rooms to listen or they can ask for permissions to join the group discussion. The app only features audio and no video to make interacting with other people less intimidating.

As of right now Clubhouse is invite only. You can download the app from the Apple App Store and reserve your username, but without an invite from an existing user you will not be able to go further than the registration page. All you need is your mobile phone number to reserve your username and to get on the waiting list.

Clubhouse plans to go public in 2021 but they have not announced an official launch date.

The app has been gaining in popularity thanks to its town square-like features where people can debate and discuss anything from comic books to astrophysics. Celebrities such as Elon Musk, Lindsay Lohan and Roger Stone have also helped push Clubhouse into the mainstream. Experts are predicting that Clubhouse could be the next big social media app, and it is already being copied by both Twitter and Facebook.