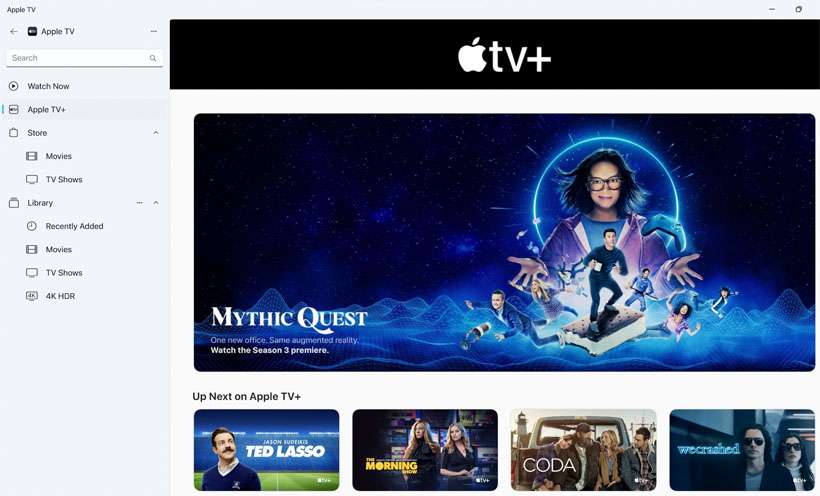 iTunes is going the way of the dinosaurs. Apple has launched previews of three separate Windows apps to replace the aging software. Apple Music, Apple Devices, and Apple TV have already launched beta versions on the Microsoft app store. Each of the apps can be installed independently on Windows 11 machines.

Apple Music delivers an experience similar to the macOS version for Apple Music subscribers. Once installed, the beta version of Apple Music deactivates iTunes, which will no longer open. For those wishing to revert back to iTunes, Apple Music can be uninstalled. While contents from iTunes are automatically moved to the Apple Music app, syncing content from an Apple device requires the new app Apple Devices.

Apple Devices makes it possible to manage Apple devices such as an iPhone from Windows. Previously this function was handled by iTunes, and on the Mac devices are now synced with Finder.

Last but not least, Apple TV liberates Apple TV+ subscribers from having to use a web browser to view content on the Windows platform. With a dedicated app, users can see TV shows and movies from the iTunes Store, Apple TV Channels, and Apple TV+ content.

These apps are still in development, so some features may not work as expected. Apple has also warned audiobook and podcast users that "iTunes will no longer open and audiobooks or podcasts on this device will be inaccessible until a compatible version of iTunes is available."

Get Apple beta apps for Windows 11