You can now track Santa on any iOS device thanks to the free NORAD Tracks Santa app. NORAD began keeping track of Santa's Christmas route in 1958, when it it took over from its predecessor CONAD who began the tradition in 1955. The NORAD app allows families to easily keep track of Santa Claus as he delivers presents all over the world. 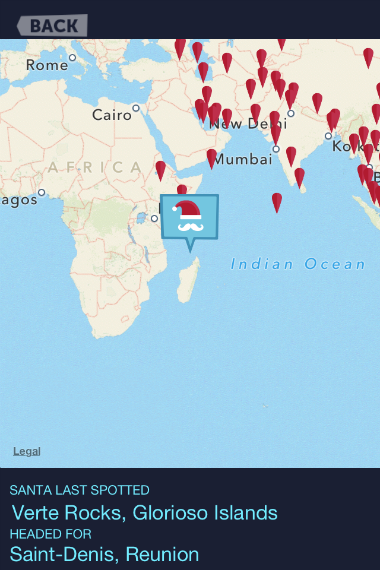 The NORAD Tracks Santa app includes all kinds of history and facts about Santa. For example, according to the "Secret Santa Files," Santa usually begins his trip at the International Date Line in the Pacific Ocean and travels west before finishing up in South America. The app also features videos and an elf video game for children to play.