Apple Patents Wireless Digital Pens For the iPhone and iPad

Two patents filed by Apple suggest that the company is ready to test the waters of stylus type devices. The first product is a digital pen with a conductive heated tip for better interaction with the capacitive-sensors in Apple devices like the iPhone or iPad. It features a rechargeable battery and docking station that can connect to an iOS device. 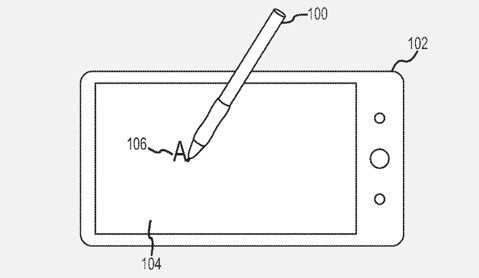 The second, more interesting digital pen is the “communicating stylus,” a wireless pen that allows the user to send handwritten notes to an iPhone or iPad from across the room. The communicating stylus features accelerometers and wireless transmitters for sending position data to an iOS device. Users can doodle or take notes on their iPhone or iPad by writing in the air or using a whiteboard. Some speculate that Apple plans to introduce these new devices as an attempt to make their hardware more useful to students and teachers.

Communicating stylus inventor Aleksandar Pance said, "This makes it easy, for example, in a classroom setting for a user to take handwritten notes and simultaneously create a digital version of those notes."

HTC offers a similar device called the Scribe Pen for use with their HTC Flyer tablet. The Scribe Pen retails for $80 or is free with the purchase of a the tablet.