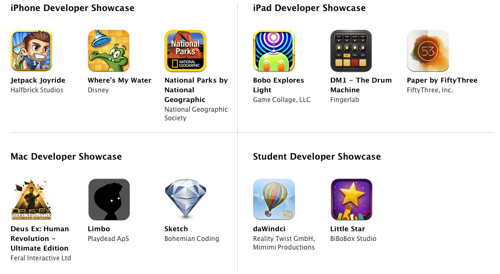 Jetpack Joyride is a free side-scrolling game for the iPhone and iPad. It has "set a new standard for all iOS games," according to Apple. Apple describes Where's My Water as a " fun, simple - yet challenging - physics-based puzzle game." Where's My Water is also available for the iPad and iPod, and costs $0.99 to download. National Parks by National Geographic is a guide to the most-visited U.S. national parks. Apple selected it because of its "strong design and attention to detail." The app is free to download.