Bang With Friends Returns to App Store as 'Down'

The controversial app Bang With Friends has returned to Apple's App Store under the new name Down. The app, which encouraged Facebook friends to hookup anonymously, was removed by Apple in May due to its questionable content. The new app created by "BANG WITH FRIENDS, INC.", features new "Up to Hang" and "I'm Down" options, instead of the less subtle "Down to Bang" button it featured before. 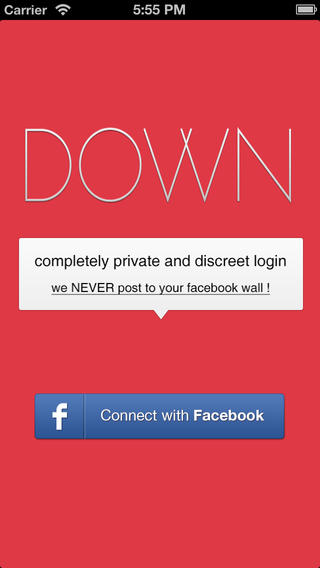 The new Down app is now available for free in the App Store. It supports the iPod touch, iPhone and iPad. It is also easier to use the search term "bang with friends" instead of "down" if you're trying to locate it directly from your mobile device.