If you weren’t able to get your hands on the coveted gold iPhone 5s last month when the new model was launched, accessory designer Miansai has just the thing to satisfy your needs. For the low price of $10,000, the company is offering a case made out of actual solid gold. 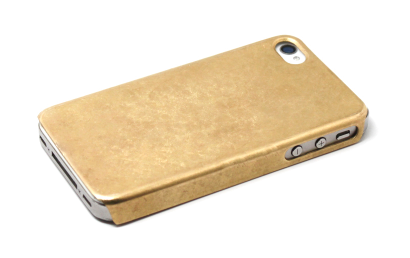 Company founder Michael Andrew Saiger told Market Watch the product was initially “a kind of joke,” but to his surprise people have “loved it.” The ostentatious case is admittedly impractical when it comes to protecting your iPhone, but with a five-figure sticker price it serves as more of a status symbol than anything else. Both the front and corners of the phone are exposed. Also, solid gold isn’t the strongest metal, so if you drop it, don’t count on the case to adequately safeguard your device.

Miansai has already received a handful of orders, and the company is planning on releasing a solid silver case in the next six months for the more budget minded consumer. This isn’t the first time an expensive, blinged out accessory has been released for public consumption. A diamond encrusted, $880,000 case was once released by jewelry designer Anita Mai Tan.

To get your hands on a made-to-order solid gold case for your iPhone, head over to Miansai’s official website.