You can create a folder in iOS 7 simply by touching an icon and holding until all the icons start to wiggle. Then you can drag the icon on top of another icon and release, thereby creating a folder. For example, if you drag Candy Crush on top of Angry Birds and release, a folder will appear named "Arcade". You can change the name by tapping on it and then entering your own name.

When you are satisfied, hit the home button and the wiggling will stop and you will have a new folder. To add other apps to the folder just repeat the process and drop the app onto the folder (hold it over the folder for a split second until the folder enlarges slightly). To remove an app, open the folder, tap and hold until it wiggles and drag it out of the folder. 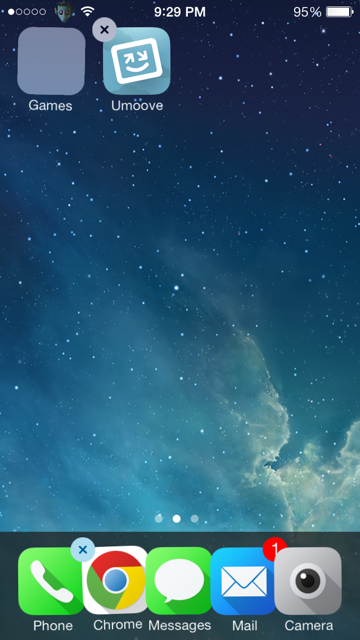 This doesn't work for me - it just blurs the rest of the screen and then asks me if I want to "share" Angry Birds (or whatever app I press and hold).

Pressing down on an app will now activate the 3D Touch quick menus. You need to lightly hold your finger on apps now to get them to wiggle. Just place your finger lightly on the app, do not press down and then you can create a folder.

Thank you for the simple answer. I kept pressing down on the app. Just a light touch was all I needed.