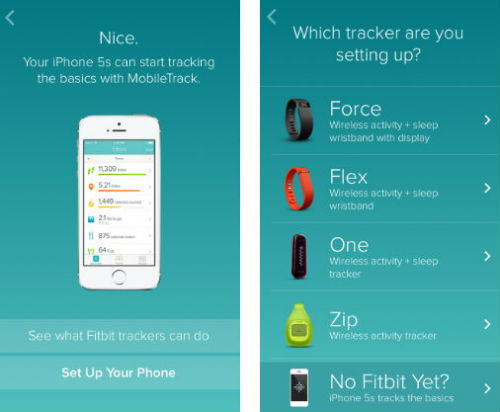 The Fitbit app is available for free on the Apple App Store. It is compatible with all iOS devices running iOS 6.0 or later. The app has also received a redesigned profile editor and sign-up / sign-in page.

The Fitbit Force and Fitbit Flex wireless wristbands are available directly from Fitbit.com or third-party retailers like Amazon.com.