Titled "Imaging Range Finder Fabrication" at the U.S. Patent and Trademark Office, Apple's new patent application describes a range finder comprised of a lens and an array of emitters and photodetectors in "optical communication with the lens." The device would "be incorporated into ... a mobile phone, digital media player, or a personal computer." 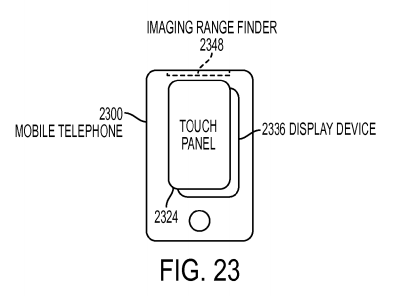 According to the text, the array of emitters would emit light that would be directed by the iPhone's lens toward an object. The light bouncing back off the object would pass back through the lens and be received by the photodetectors in the array. With

this information, distance, shape, size and other characteristics will be able to be determined. This is similar to Microsoft's Kinect, which uses an infrared laser coupled with a CMOS sensor to capture 3D data. Like the Kinect, this device's range will be adjustable by moving the lens, array or both.

The patent application gives several examples of what such a device could be used for:

According to Apple Insider, Apple last year acquired Israeli tech company PrimeSense for $360 million. At the time of the sale, PrimeSense was working on the Capri 1.25, a 3D sensor small enough to fit in a mobile phone. Between this purchase and the patent application, it is apparent that Apple is very interested in incorporating 3D sensing technology in future devices.

The invention is credited to Matthew Emanuel Last, and was first filed in late 2012.