Six iOS 7 Features You Won't Find on the iPhone 4

iOS 7 runs on the iPhone 4 and later, but this doesn't mean that the iPhone 4 supports all of the new features found on Apple's new OS. This happens a lot with Apple's older devices when a new software is released. The iPhone 4's hardware just can't support all the fun things iOS 7 brings to Apple's newer devices. The new OS even looks different on the iPhone 4 because Apple has disabled some of its graphical effects to take the pressure off its older A4 chip. 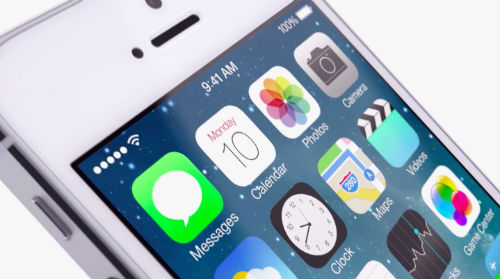 For example, the iPhone 4 does not feature live wallpapers and the parallax effect found on the home and lock screens. It also misses out on the wireless peer-to-peer file sharing feature AirDrop, panorama and filters in the Camera app (however you can apply them later in the Photo app), and of course the iPhone 4 is still without Siri and all its new tricks.

iPhone 4 users can still benefit from all the other new features and upgrades iOS 7 brings to Apple's other devices like iTunes Radio, Control Center and so on.

hi
i noticed a few other things too
1. the weather app isn't live unlike 4s or higher.
2. the control center and the notification center,the background doesn't merge with the wallpaper and the icons behind,it's grey with white fonts for control and and black with white for notification.

Has anyone noticed lag on the iPhone 4 in terms of loading speeds and animations? I was in the settings app once, and it froze while I was selecting and changing a setting. Also, the camera takes an excessive amount of time to load too. Any suggestions? Thanks :)

WHEN I ORDERED THE I WAS UNDER THE ASSUMETION THAT IT WAS A 4G AND WOULD BE FASTER. IT IS A 3G and slow as ever,,,,I love the phone just wish it wasn't so slow. Also, on my Galaxy phone I paid to have call blocker on it but this phone doesn't show that it is available. I hope you can help me figure this out. The last thing is the are way of making this phone # to be private I am getting some funky calls and want it to stop.