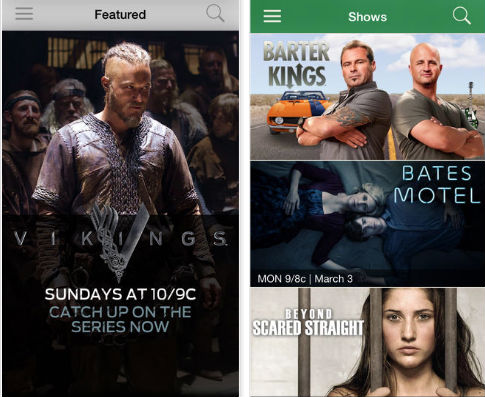 Unfortunately A&E and History channel content is only available in the US, and both apps require a TV provider subscription to access the live stream.

The A&E app is available for free on the Apple App Store, and version 2.0.0 is now available as an OTA update for existing users.

The History app is also available for free on the Apple App Store. Both apps are compatible with all devices running iOS 6.0 or later.