After nearly four weeks of testimony and three days of deliberation, the eight person jury in the Apple v Samsung patent infringement trial finally delivered a verdict. It is hard to say who won this round, as Apple (NASDAQ: AAPL) was only awarded a fraction of what it sought - $119.6 million, while Samsung, though it was awarded just $158,000, dodged the bulk of the $2.2 billion in damages that Apple claimed. 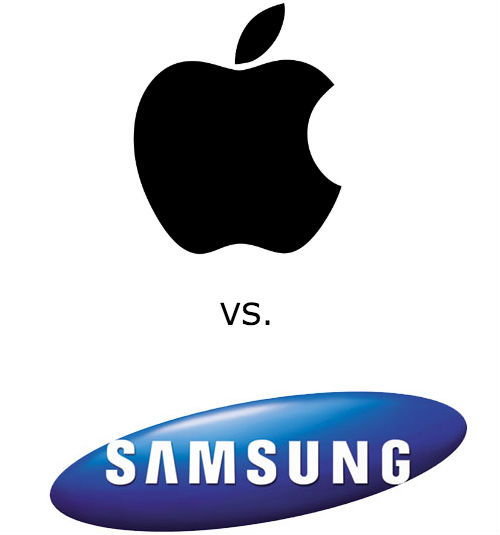 Apple initially filed suit against Samsung in February 2012, claiming that several of the Korean company's devices, including the Galaxy Nexus, Galaxy Note and Note II, and the Galaxy Tab II infringed upon Apple patents. Apple sought nearly $2.2 billion from Samsung, a number arrived at by Apple damages expert Chris Vellturo. A large fraction of the damages sought was derived from Vellturo's estimate of $1.15 to $15.03 in damages per patent infringement, per device, which added up to about

$40 for each of the 37.36 million devices Samsung has sold in the U.S. Samsung obviously balked at this number, calling it a "gross exaggeration," and the course of the trial saw many experts from both sides either supporting or disputing it. Samsung argued that the alleged infringements were relevant to Google's Android operating system, not its hardware. It also mounted a counterclaim, accusing Apple of infringing upon two of its own patents, and seeking a relatively paltry $6.2 million.

This isn't the first time the two smartphone giants have clashed in court over patent infringements. In August 2012 Apple was awarded just over $1B, but after many appeals, much controversy and a retrial, Apple netted about $930 million. According to Joel Rosenblatt of Bloomberg, "The verdict sets the stage for the iPhone maker to seek a judge’s order banning U.S. sales of its rival’s devices that infringed its patents." This would be a major blow to Samsung and result in a much bigger loss than the amount awarded in today's verdict.