How to Take a Screenshot Video of Your iPhone

Screenshots of your iOS device can come in handy, and not just for those of us that write about such devices. They are useful for demonstrations and obviously for advertising, just look up any app on the App Store and you'll see plenty of screenshots. Screenshot videos are even more useful, allowing developers to give virtual tutorials of their apps. They are especially popular with the gaming community for showing tips and tricks, how to beat levels, et cetera, and just to show off their prowess.

You used to need a third party app to record screen capture video of your iPhone, but with iOS 8 and Yosemite it is fairly simple to do. Here's how:

1. Connect your iPhone to your Mac with the lightning cable. 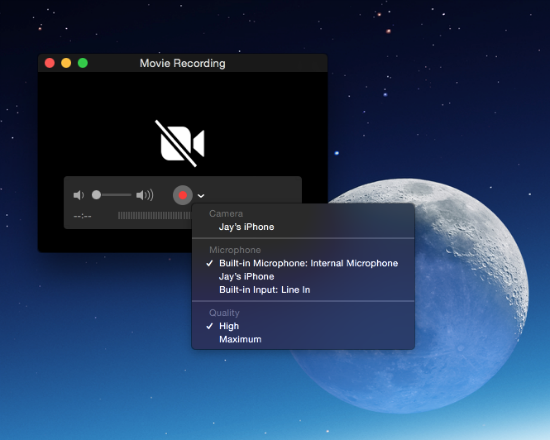 4. A Movie Recording Window pops up. Click the down arrow to the right of the red record button.

5. This brings up a menu where you can select your camera and microphone. Select your iPhone under both Camera and Microphone.

6. Your iPhone's display will show up. Sometimes the recording window stays black until you do something on your phone, so just scroll back and forth on your phone until it comes up in the QuickTime window. 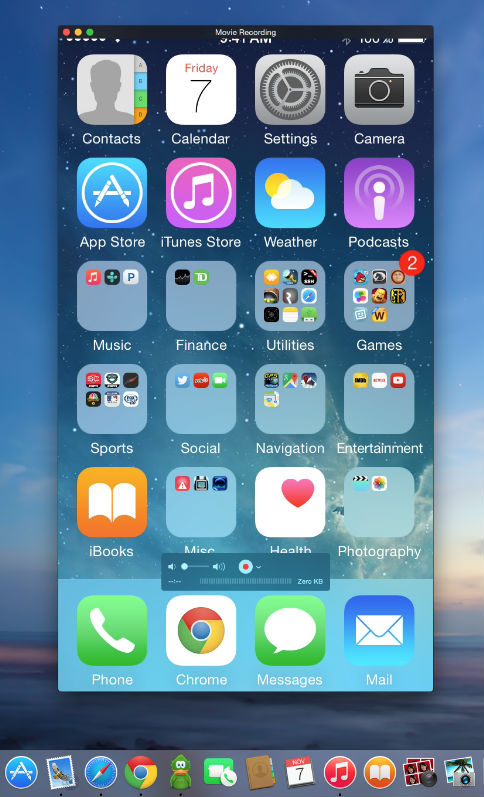 7. Once it is up, hover over the window with your mouse and a small control panel shows up in the lower portion of the window. Set your volume with the slider and click record when you're ready. Now you're recording, so go to your phone and do whatever it is that you want to record.

8. You can stop recording with the same control panel. Go to the File menu to save your video if you want.

It's pretty easy and straightforward, but there is some bugginess. Some apps seem to crash the recording. When opening or closing Clash of Clans, for example, the recording stopped. I had to start recording when I was already in the game to capture it.

If you have any other tips or advice about this feature let us know.

Can you do this on an iPad as well?

Can you do this on an iPad as well?

You can use QuickTime player to record iPhone screen, free and easy, no need jailbreak.
1. Plug in iPhone to computer, launch QuickTime and select menu File->New Movie Recording.
2. On the right of the red circle record button on the video preview screen is a reversed ^ icon. Click on it for a drop down menu allowing you to choose the iPhone as video source. That's all.
To get better quality video like 4K or HD video, I'd recommend Acethinker iPhone Screen Recorder.