The same streaming Sirius XM radio stations available to subscribers on the web are coming to the iPhone. The application, scheduled for submission to Apple for approval today, is named the uSirius StarPlayr. Streams will be available via Wi-Fi, 3G or EDGE. 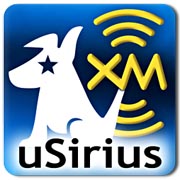 Development of the app is part of the StreamSmart project, which plans to release StarPlayr on a variety of mobile and desktop computing platforms by 2010. The iPhone application is expected to price between $12.95 and $19.95. Users must have a current subscription to satellite radio, and can expect to pay an additional $2.99 per month for online stream access starting in March.

To improve sound quality, Sirius XM plans to add a 128k stream and drop lower bitrate streams as they change their subscription pricing. Subscribers who wish to lock in free streaming can extend their current contract for 3 years to postpone the additional charges.

Rumor has it that StarPlayr audio is delivered in a format native to the iPhone OS, which reduces the amount of battery consumption while playing the stream. The company developing uSirius StarPlayer, NiceMac, hopes to sell between one and two million copies of the iPhone app within a year of its release.

Why bother with this when you have Pandora and a dozen other free apps that do the same thing.

Why buy this?
Two words. Howard Stern.
I can't wait till it comes out!

yep and so will millions more. pretty powerful "idiot."

well if you already have a subscription for satalite radio then I think it's worth it. I have it in my car and it would be great to listen to it at work since the listen online option at work is blocked. I would buy it just for the convience of it all. Plus Howard Stern is the greatest. Plain and simple.

I'll download a torrent of the app, and use a friends login and password, and cancel my Sirius Subs (I have 2), but since they moved Covino and Rich to a time slot where their target demographic is working, the service is worth $0, no wonder they filed for bankruptcy, they don't realize some people work.
Meanwhile the retired folk can listen to Jake Thomas any time of the day. But they put HIM on late afternoon.

jake or jay thomas ???? if it's the same guy i'm thinking of , wasn't he charged with child molestation ?