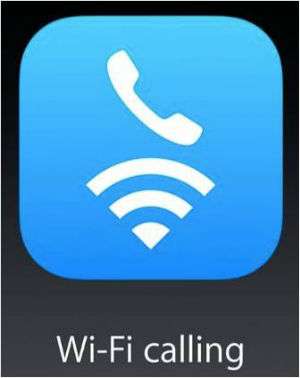 The most obvious reason to take advantage of Wi-Fi calling is that it will allow you to make and receive calls and messages when your cellular connection is weak or unavailable. For instance, if you work in the center of a building or live in the middle of nowhere where reception is spotty, you will be able to make calls with just a Wi-Fi connection. Furthermore, a strong Wi-Fi connection will likely provide much higher quality audio than a cellular connection. Another big advantage, especially if you have limited minutes and data, is that Wi-Fi calls and messages are most likely free within the U.S., Puerto Rico and Virgin Islands, and won't count against your minutes or data allowance, though this depends on your carrier.

There are not really any downsides to having Wi-Fi calling on, it will be employed automatically when cellular signal is weak or non-existent, and it can seamlessly transfer between cellular and Wi-Fi if needed (this also depends on your carrier). The data you use will count toward your Wi-Fi data (if you are using your own Wi-Fi that you pay for, or if you have paid for a certain amount of data at, say, an airport), so that may come into play if you have limited data. A typical voice call uses a little over 1MB per minute.

To use Wi-Fi calling on your iPhone, first off you must have an iPhone 5c or newer (5s, iPhone 6, 6 Plus, 6s, 6s Plus). The required iOS will depend on your carrier. To enable the service: 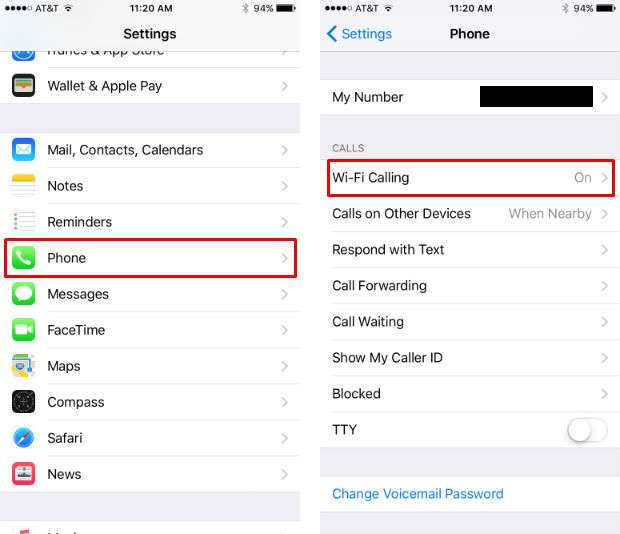 3. Toggle Wi-Fi Calling on This Phone to on. 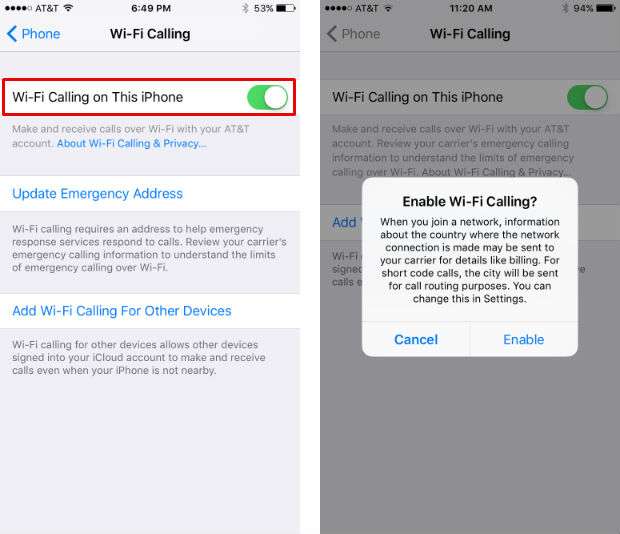 4. At this point you may be prompted to update your emergency address so it can be sent to emergency responders. Be sure to read your carrier's Wi-Fi calling information to be aware of any limitations in regards to emergency or other ADC (Abbreviated Dialing Code) calls. 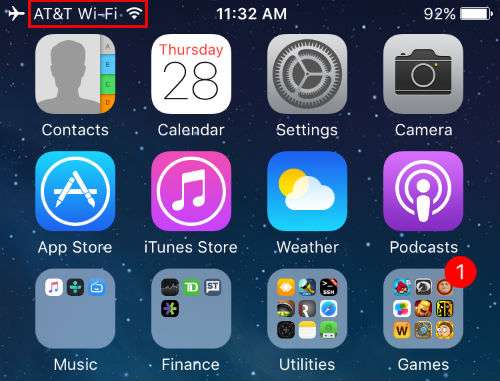 Many details of the Wi-Fi calling feature are carrier dependent, so with that in mind, here are some items of note from each:

If you are outside of the U.S., there are a number of carriers that support Wi-Fi calling on the iPhone:

I'm in Canada on the Bell network and wifi calling is not an option. In fact I couldn't find any Canadian cell provider that supports it. I currently use an iPhone 5s.