Apple has updated its website with an October 28th release date for the Apple Watch Nike+. Apple originally unveiled the Series 2 Watch at its iPhone 7 keynote back in September. It was revealed that the Watch would be available in four colors for $369, but a release date was never mentioned. There are two versions of the Watch with four different Nike Sport Band options. The different models include a Space Gray case with Volt (lime) or Cool Gray band and a Silver Aluminum case with Volt or White band. Each Watch is also available as a 38mm or 42mm version.

The bands feature rows of compression‑molded perforations to make them more lightweight and breathable, according to Apple. The Apple Watch Nike+ ships with built-in GPS for tracking distance, include exclusive Nike watch faces and support the Nike+ Run Club app. Other features include reminders based on friend activity, weather and more, a run scheduler and all the other bells and whistles found on the other Apple Watch Series 2 models. This includes Apple Pay, Siri and more. 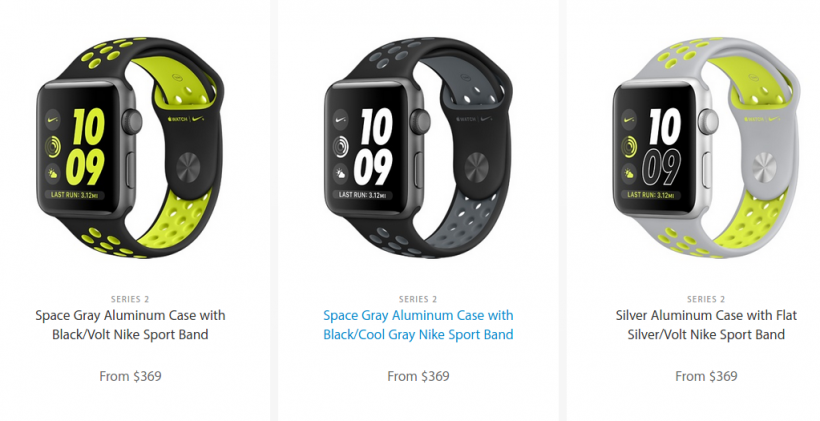 The original Apple Watch is also available through apple.com for $269, and other Series 2 models are available starting at $369.