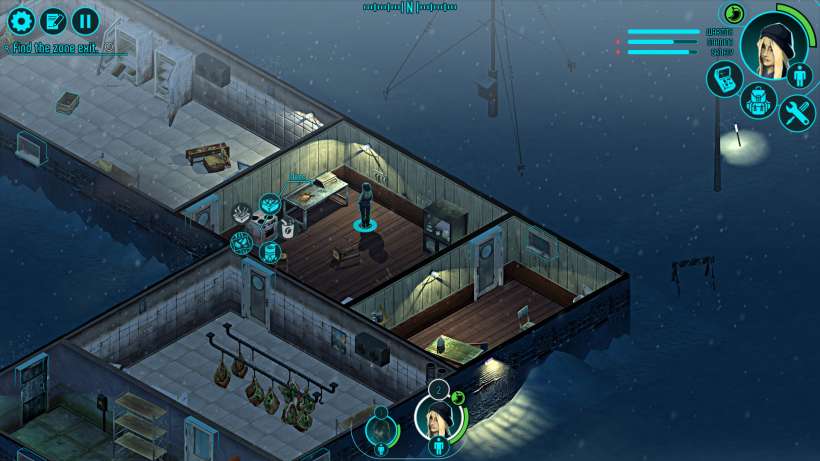 This week we're checking out some of the best Apple App Store pre-orders and titles that could be potential future Apps of the Week. Apple introduced the ability to pre-order games in early 2018 to allow developers to create buzz for upcoming titles. Pre-orders also allow developers to offer discounts to those who purchase a game before its release. All pre-ordered games automatically download to a user's device within 24-hours of its official release date, and users get the lowest listed price up until at title's launch.

Some upcoming titles available for pre-order can be found in the "Coming Soon" section of the Apple App Store. Here are a few that have caught our eye:

Distrust (Free, Feb. 18) Inspired by John Carpenter's The Thing the survival horror game Distrust finally makes its way to the App Store on Feb. 18th. In the game, players must lead a Siberian team called the Cheerdealers, who are forced to stay in an Artic base after the crash of their helicopter. The team must stay awake to avoid aliens while searching for provisions to escape the base before they succumb to sleep deprivation. Distrust features multiple survival strategies and endings, plus 15 expedition members for players to choose from.

Shieldwall Chronicles ($13.99, Feb. 22) This tactical RPG allows you to lead a band of heroes into the cold northlands of Tarren where you will encounter the undead, demons, lizardmen and other enemies. Players can build a 6 hero party filled with different classes of warriors and wizards. The battle system includes realistic details such as weapon range, damage effects, and counter attacks, plus a unique morale system that can turn the tide of a battle. The game promises 40 hours of gameplay and features hundreds of powerful magic items to find and equip.

Funky Restaurant (Free, Feb. 21) Build your own restaurant empire starting with your own tiny burger booth and working your way up to your own luxury restaurant chain. Funky Restaurant promises "easy to play but hard to master arcade gameplay," with over 30 characters, new restaurants and upgrades to unlock.

JackQuest ($4.99, Feb. 27) A side-scrolling adventure game featuring the reluctant hero Jack who must brave a slime-ridden labyrinthine to save Nara. Players must solve environmental puzzles, discover power-ups, and collect weapons to take down Korg and his subterranean henchmen.

Evertale ($0.99, March 21) If you were hoping for just one more title where you can catch and evolve monsters then make sure to pre-order Evertale on March 21st. The RPG includes over 180 monsters to catch and train, 6 diverse regions to explore, legendary weapons, accessories, and equipment to collect, turn-based 4v4 combat, real time PvP leagues and more.