The Google Books app has been missing from the iTunes App Store for about a week. 9to5Mac reached out to Apple and Google on Thursday, but no answer from either party has left them wondering why it disappeared. Google Books was just launched last year, and received an update this past April. Why do all that work to only pull the plug a few months later? Or did Apple kick them out? 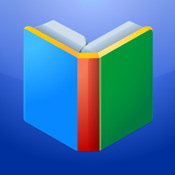 9to5Mac points to Apple's new TOS that gives them 30% of all sales (they also mention Harry Potter, but what did he ever do to Apple?):