While a lot of fun, Star Wars Tiny Death Star can get pretty annoying with all the notifications and reminders it pushes to you. The developer promises that updating to version 1.2.2 will result in you receiving fewer notifications from your Death Star, but here's how to stop receiving them completely.

You can unlock the "Scenes" in Star Wars Tiny Death Star by delivering the bitizens marked with a question mark to correct level on your tower. For example, delivering Boba Fett or Han Solo to the Cloud City Spa will unlock the scene for that level. You can also see a list of the locked scenes or watch the scenes you've already unlocked by navigating to > Menu > Album > Scenes. Here's a list of all the scenes and how to unlock some of them. Please help us fill in the ones we missed in the comments section below.

I added a * next the levels I personally verified. 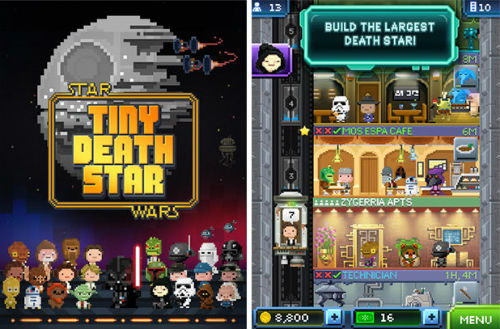