One of the many iOS 7 features not mentioned but spotted at Apple's WWDC keynote was WiFi HotSpot 2.0. The Wi-Fi Alliance's Passpoint certification program made a quick cameo with several other new iOS 7 features towards the end of the event. You can see it listed on the right hand side under "Notification sync" in the image posted below. 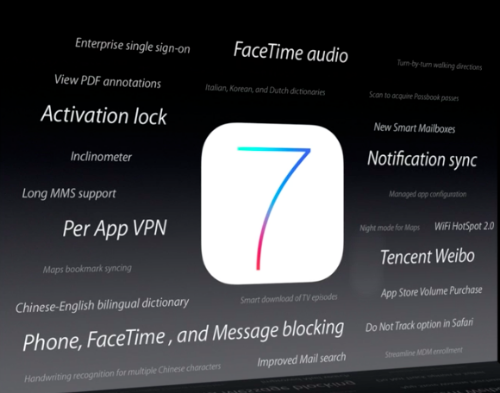 Apple's new operating system will support HotSpot 2.0 which aims to make roaming public Wi-Fi networks easier. The new authentication system allows users to switch between Passpoint-supported hotspots without having to enter a password each time. This only works with Passpoint-enabled hotspots, but several large companies like AT&T, Boingo, CableVision, Comcast and TimeWarner are already conducting trials, according to ArsTechnica.