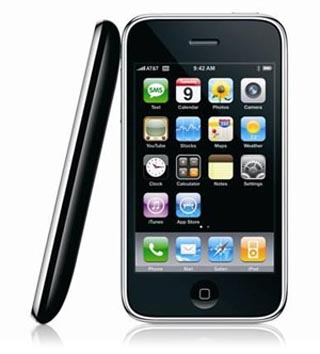 Any speed increase is welcome news for iPhone 3G users, who have found themselves locked out of many iOS 4 features by Apple due to reasons including hardware limitations. One example of an iOS 4 feature that won't run on the iPhone 3G is Apple's Game Center, which allows iPhone gamers to socialize and play multiplayer games. The iPhone 3G has only 25 percent of the RAM that comes with the latest iPhone 4 model.

The iPhone 3G also has a processor that debuted in 2007 on the original iPhone, which puts it two generations behind the iPhone 4. The device also features the same 2 MP camera found on the original iPhone. Multitasking on the iPhone 3G is also locked out in iOS 4 by Apple, as the company cites performance concerns. Recently an iPhone 3G user sued Apple for making their iPhone unusable after the iOS 4 update was launched.

iOS 4.2 is slated for release sometime this month, and will run on the iPhone 4, iPhone 3GS and iPhone 3G, as well as iPads and iPod touch devices.

Anyone know can iphone 3G upgrade to OS4.x version? I purchased from w2comp.com

Also 3GS can upgrade? If yes, I prefer to update to 3GS model due to 4G is very expersive to me!

Yes, you can update after connecting your iphone to your computer through itunes.