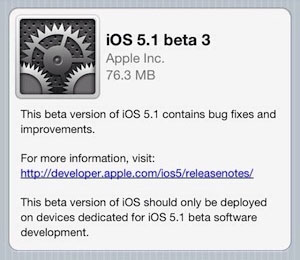 When iOS 5.1 is finally released, the firmware should contain fixes for iPhone 4S battery life and refinements to the iCloud Photo Stream. iPhone 4S users experiencing outgoing call audio problems are also hoping for a fix in iOS 5.1. It's not clear whether or not Apple will incorporate a fix for the problem as it has not yet been acknowledged by the company. The problem revolves around some outgoing calls leaving the caller unable to hear anything on the other end of the line. Several temporary fixes for the problem have been suggested.