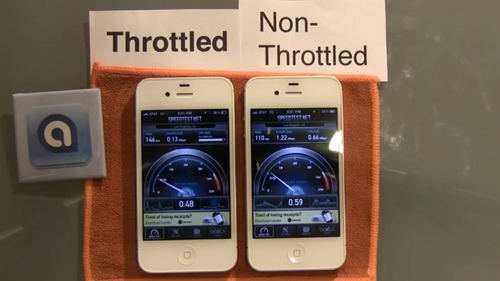 "For AT&T, throttling only applies to top users with grandfathered unlimited plans. As we said last summer, smartphone customers with unlimited data plans may experience reduced speeds once their usage puts them in the top five percent of our heaviest data users. We will continue to send reminders and communicate with these customers ahead of time as their usage approaches the top five percent."