AT&T to Allow Developers to Pay For Your Data 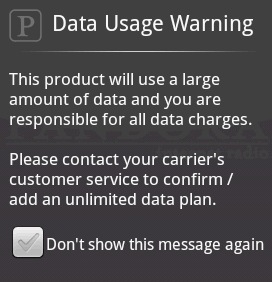 Fears of paying costly carrier fees cause some people to avoid using apps that consume a lot of data. AT&T's new plan will help larger apps like Pandora attract new customers, and allow existing customers to keep using their services. Donovan said this will be a great way to create a new revenue stream.

”Why don’t we go create new revenue streams that don’t exist today and find a way to split them”, Donovan told the WSJ.

AT&T hopes to roll out the new service within the next year.