Thanks to MultiCleaner iPhone users no longer have to manually quit each application running in the iOS multitasking dock to free up RAM and improve performance. Not only does the $0.99 jailbreak tweak make it possible to set up custom Activator triggers to quit all apps, it offers customization for multitasking dock behavior. 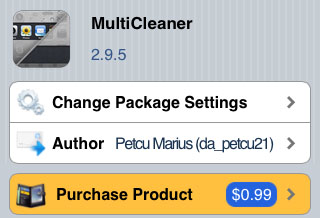 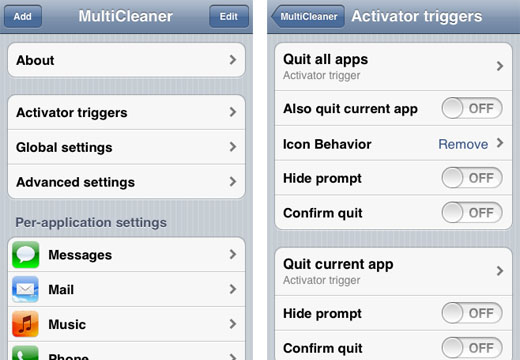 Once purchased and installed from Cydia, MultiCleaner will add an app icon to your home screen. It is here that you can customize all that MultiCleaner has to offer. App quitting, icon behavior, individual app settings and more can all be set to your liking from within the MultiCleaner app.

MultiCleaner can be found in Cydia under Tweaks, and was submitted to the BigBoss repository by Petcu Marius. The tweak requires a jailbroken iPhone running iOS 4 or later.