Remember those "asymmetric screws" that were going to make iPhone 5 repairs impossible? Turns out they were just an internet hoax. Swedish design company Day4 admitted that they fabricated the report to highlight how desperate the blogosphere is for Apple "news". 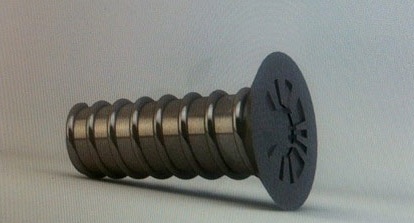 Day4 revealed the hoax in a blog titled "How we screwed (almost) the whole Apple community." Lukasz Lindell of Day4 wrote: "Have you heard the phrase 'That's true because I saw it on TV' at some point? It was often the truth in the old days when people only had the TV or newspaper to relate to. What you saw or read was the truth, although it obviously wasn't always so."

The Day4 team claimed Apple was working on a redesigned screw that would leave no possibility for home repairs. They created a rendering of the screw, sent it to themselves in an email, uploaded it to a Reddit forum, and the internet did the rest. The rumor was picked up by well known blogs like BGR, iDownloadblog and Wired. However, most of the blogs questioned the accuracy of the report.

Kyle Wiens of iFixit told iDB: "My gut feel is this isn't from Apple. The threads are unrealistic, and I suspect that a head like that is too complex to use as a tool head. Existing tool designs tend to be simple because the head needs to withstand a fair amount of torque."

Day4 set out to prove the obvious, internet rumors, especially rumors about Apple products, are easy to start. All it takes is one slow news day and one tech blog to take the bait.

There is really no reason to create a fake story to prove rumors do exist. We all know the Apple rumor mill goes a little crazy in the months leading up to a new iThing's release date. All Day4 did was successfully get their name associated with a useless iPhone 5 report -- one of many reports that will be forgotten when the next-generation iPhone is actually released.

I wonder who will teach us how rumors work next year?