As most everyone knows, hackers are hard at work trying to unlock the iPhone to free it up for use anywhere in the world. Though a lot of progress has been made in getting access to the iPhone for customizations and installation of third party software, getting the iPhone to work with another service provider other than AT&T in the US has been more elusive. Recently, an Australian hacker has gotten his iPhone to make calls using Australian provider Telstra's network. 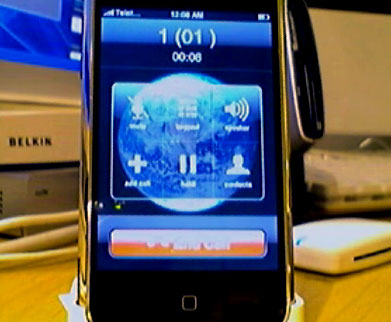 Though not an unlock, persay, Australian hacker 'ozbimmer' has tricked his iPhone into thinking it is using an AT&T SIM card while actually registering to Telstra's network. This was accomplished through creation of a custom SIM card using information taken from both an AT&T SIM card and a Telstra SIM card.

In the following video, ozbimmer demonstrates

the iPhone registering to Telstra, using his custom SIM card, and placing a call.

Unfortunately, the fooled iPhone cannot transmit or receive SMS messages and cannot receive calls. Still, progress customizing and modifying the iPhone has occurred as hackers continue to experiment, learn and share what they learn about the iPhone and its inner workings. That said, ozbimmer's achievement can possibly be interpreted as one more step towards an unlocked iPhone.

Either way, he's still the only guy in Australia calling folks on his iPhone.

The persistence of these guys is absolutely amazing...

It is old fashioned SIM cloning --- which is completely illegal in 99% of the world.

Weird. I wonder why YouTube would take that down...