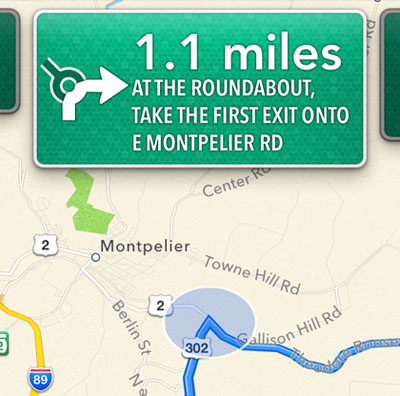 Aside from the disclaimers, credit for making this functionality available to owners of older iPhone hardware goes to developer Ryan Petrich. Of course, first you must jailbreak your iPhone 4 or 3GS and install Cydia. To get the tweak, open Cydia and find the package Unlock iOS 6 Maps on the Big Boss repo. You can download and install the package free of charge.

There are no options to configure once the tweak is installed, it will simply unleash all of the latest features of iOS 6 maps on your device. If the turn-by-turn navigation or 3D Flyover maps are dragging you down too much, you can uninstall the tweak in Cydia to remove this functionality.

Interested in testing out the Iphone 5 for free? Check out www.iphone5freebie.net