Some Amazon Kindle users may have been surprised when they opened the App Store only to read a warning stating "there is a known issue with this update. If you are an existing Kindle for iOS user, we recommend you do not install the update at this time”. Some of the unlucky readers who installed the update were greeted with a nasty account deregistration bug, which wiped saved settings. 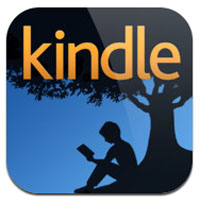 The good news is that Amazon has already made an update available to fix the problems. For those keeping track, Kindle version 3.6.2 is currently available on iTunes and corrects the issues. Anyone waiting until the coast is clear to update or who is experiencing the problems can download and install 3.6.2.

Initially as Amazon became aware of the issue, the company announced that the 3.6.1 update could cause the Kindle iOS app to become deregistered. The temporary fix involved account holders entering their Amazon email addresses and passwords to access content in the cloud.

Previous updates brought new features such as X-Ray, book end actions and multicolor highlights. The Kindle app is Amazon's version of iBooks, providing access to over one million ebook titiles as well as hundreds of periodicals and newspapers. The Kindle iOS app also makes it possible to read texbooks and PDF files right on your iOS device. Whispersync automatically syncs your reading experience across devices.