I don't know if it's due to a lack of interest, or lack of information, but next generation iPhone rumors have been scarce this year. However, one rumor that has been consistent is that the next generation iPhone will feature a fingerprint sensor. Apple is purportedly working with Chipbond Science and Technology to make the fingerprint sensor a reality, according to the China Times. 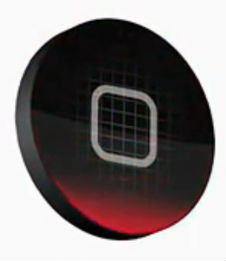 The Home button will be transformed into a fingerprint scanner, which will allow users to easily enter passwords or authorize purchases with just the push of a button. This will be a lot easier than having to enter a password every time you want to access your phone, or buy an app, but I doubt Big Brother conspiracy theorists will be big fans.

The China Times also reported that the new iPhone could feature NFC technology seen in most Android devices these days. Apple is purportedly working with an Australian company who specializes is NFC security. Near field communication allows users to share information between devices by tapping them together or bringing them into close proximity.