How to Use Face Detection with iOS Video Recording 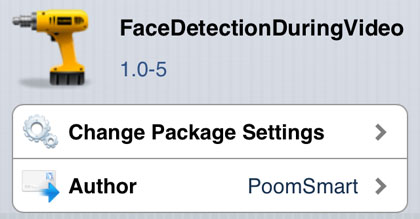 Unlike a still photo, lighting or focus conditions on multiple faces in a scene could change over time in a video. Jailbreak fans will be happy to know that face detection can be enabled during a video with a simple tweak. FaceDetectionDuringVideo is a free tweak that can be installed from Cydia that continues to monitor faces during a video shoot.

iOS face detection will focus on the largest or closest face in the field of view, and balance the camera's exposure over up to ten faces in the picture or video. Many point-and-shoot cameras now feature face detection, and iPhoto can even recognize faces and label them automatically. If you're interested in automatically getting the best exposure and focus on people's faces in your iOS videos, make sure to install FaceDetectionDuringVideo to monitor faces in the frame live.

FaceDetectionDuringVideo is available on Cydia from the BigBoss repo free of charge. Check here for instructions on how to jailbreak iOS 6.x with evasi0n. You can also find out how to purchase and install Cydia tweaks with this guide.