T-Mobile announced it has sold more than 500,000 iPhones since it began selling the device in April, but the carrier also reported a 7 percent decline in revenue, according to AllThingsD. However, CEO John Legere said changes like acquiring MetroPCS and ending phone subsidies are having a "positive impact" on the company. 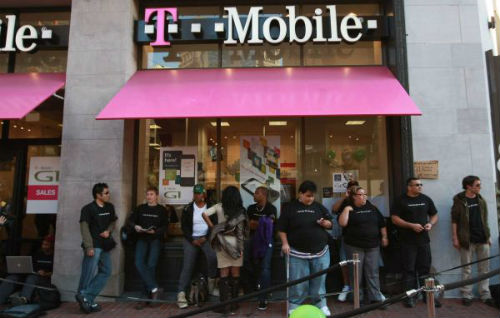 “Our first quarter operating metrics and financial results are showing positive impact from the changes we began making in the fourth quarter. CEO John Legere said in a statement. "Things only get more exciting from here, having brought T-Mobile USA and MetroPCS together to create the wireless industry’s value leader and premier challenger.”

T-Mobile announced it would stop subsidizing phones starting with Apple's popular handset in April. The carrier now offers the iPhone 5 with no contract for $99 down and 24 payments of $20. T-Mobile also rolled out LTE support to its subscribers already using the iPhone 5 on their network on April 5.