All four major U.S. carriers are now accepting pre-orders for the iPhone 5c. You can pre-order the colorful handset from AT&T, Verizon Wireless, Sprint or Apple for $99 (16GB) and $199 (32GB). T-Mobile is also accepting pre-orders for the iPhone 5c through T-Mobile.com. The 16GB model is zero dollars down, plus 24 monthly payments of $22. The 32GB model is $99 down, plus 24 monthly payments of $22.91. The iPhone 5c is also launching in ten other countries today, and international carriers like Rogers in Canada have already started taking "reservations" for the new phone. 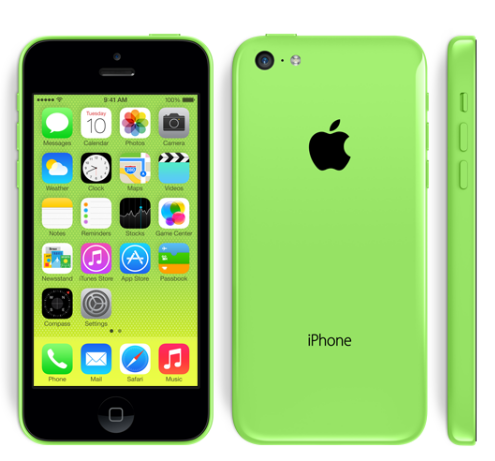 The iPhone 5c is available in green, white, yellow, red and blue. It is powered by Apple's A6 chip and boasts an 8MP iSight camera and 4-inch Retina display. It is also LTE capable and includes all of Apple's popular features like Siri and FaceTime.

The iPhone 5c ships with iOS 7, a set of Apple EarPods, a Lightning to USB cable and a 5W USB power adapter. Apple is also currently accepting pre-orders for the official iPhone 5c cases (also in green, white, yellow, red and blue) and the iPhone 5c charging dock.

Do you want to create a mascot for your newly formed neighborhood football team.
After a year's time, no one is going to remember that ad.
The design is printed directly onto the garment the same way a computer prints on paper.