Hot on the heels of CBS launching their streaming video app, ABC has followed suit with the Watch ABC app for iOS. Not only does the app provide streaming episodes of popular shows that have aired on ABC, but live video is available for TV fans in selected markets. Initially, the live video service is only available in New York and Philadelphia. 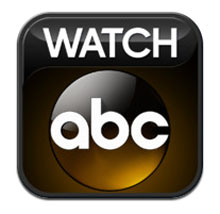 Down the line, more markets will receive the live video service, which basically duplicates the broadcast anyone can receive with an HD antenna in the local area. Chicago, Fresno, Houston, Los Angeles, Raleigh-Duram, and San Francisco are next on the list to receive live video service with Watch ABC, with the feature slated to arrive before the end of this summer.

Overall, a total of 13 new markets will be included before the end of the year. The convenience factor of not having to interrupt live local news or a television show just because you're leaving the couch is all part of the equation. Of course, according to licensing agreements on-demand streaming of shows will be supported by advertisements.

Official features from the Watch ABC page on iTunes:

Download Watch ABC for free from the App Store. Starting on July 1, 2013 television markets with support for live streaming will need to confim an eligible TV provider account for continued access to live video.