As if the marriage between the iPhone and Google wasn't solid enough. today Google released new interface made specifically for the Apple iPhone. The new interface puts many of Google's services/applications literally right at your fingertips. Easily accessible through the new interface is Google Search, Gmail, Google Reader, Google Calendar, and more. 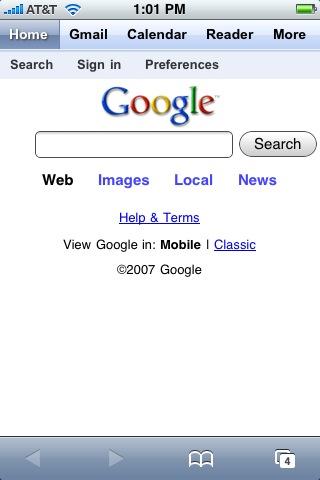 found in Google toolbar such as suggested searches.

The new interface is quickly drawing rave review from iPhone owners. Particularly pleasant is the new Google Reader interface, which seems to have made numerous advances over the previously available sample version from the GWT (Google Web Toolkit).

MyItablet.com has put together a nice little video demonstrating the new Google iPhone interface. You can view it below: