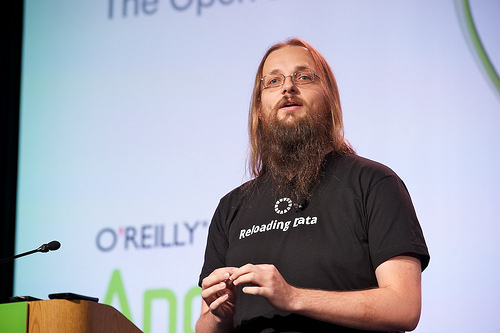 First off, the packages he has installed:

You might gather from this list that Saurik hasn't yet updated to iOS 7, which is true. When asked by Reddit user mwoolweaver if he was still on iOS 6, Freeman responded:

I am not certain what to do about iOS 7. Apple ruined the web browser by adding the "scroll up for navbar" feature: it is horribly distracting and entirely useless. I could just remove it, but they also bring up a solid bar now with the back button... :(. On iOS 6 they simply nailed it: the HUD was entirely gone except for a few transparent buttons that were always present; I seriously now do most of my browsing on my iPhone (I'm typing this response on my iPhone, in fact), but I simply can't use iOS 7 Safari. When I have time I might try to do some major surgery to "fix it", but until then I am on iOS 6.

Asked if he considered another browser such as Chrome, Freeman responded that he found the gestures in Chrome to be "highly irritating." And if you are wondering why he has HarlemShake, he says it is fun to use during demos. He touches on a number of other topics throughout the thread, including his usage of specific apps and tweaks, and some little known privacy concerns with typing notifications. Well worth the read.