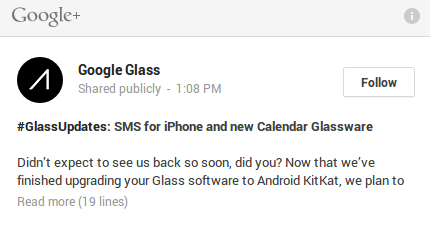 Google did not reveal how many Glass units it sold during its one-day online sale, but the Cotton white version did sell out before the sale ended. Google said sales were moving "really fast" and that the company was "happy to see so many new faces in the Explorer Program."

Google also added that they are "trying new ways to expand the Explorer program in the future."

It has been estimated that Google had already moved 10,000 Glass units to early adopters before the public sale last week.