I never get the memos on what's hot or not, and I definitely didn't get the memo about the iPhone not being hip anymore. I'm not going to debate if the iPhone is "cool," but I have a feeling a lot of college kids are not carrying them because of the price, not because their dad owns one. 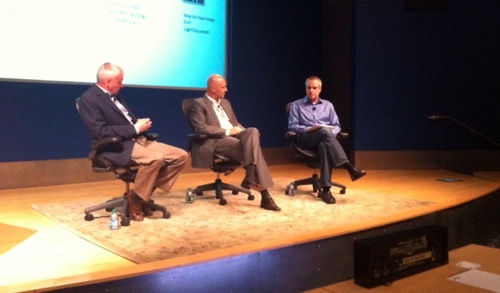 The acting president of HTC America had some interesting things to say at the Mobile Future Forward conference in downtown Seattle. Martin Fichter talked about Google buying Motorola, patent disputes and why his daughter thinks the iPhone is lame. You can read excerpts from the talk here, and read his quote about the uncool iPhone below!

"Apple is innovating. Samsung is innovating. We are innovating. Everybody is innovating. And everybody is doing different things for the end consumers. I brought my daughter back to college — she’s down in Portland at Reed — and I talked to a few of the kids on her floor. And none of them has an iPhone because they told me: ‘My dad has an iPhone.’ There’s an interesting thing that’s going on in the market. The iPhone becomes a little less cool than it was. They were carrying HTCs. They were carrying Samsungs. They were even carrying some Chinese manufacture’s devices. If you look at a college campus, Mac Book Airs are cool. iPhones are not that cool anymore. We here are using iPhones, but our kids don’t find them that cool anymore.”