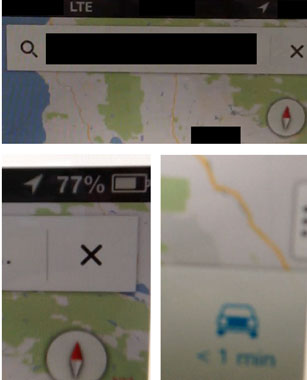 Ben Guild, who also has developed his own iOS software to map where apps are being used, posted the images along with these tidbits about Google Maps:

- It’s vector-based.
- It’s got two-finger rotation to any angle.
- It’s super fast.
- 4-inch height of the iPhone 5 is supported!

No time frame has leaked indicating when Google plans to submit its Maps app to Apple.