Coin Pocket has become the first Bitcoin wallet to re-join the App Store, after Apple updated its App Store Review Guidelines to allow virtual currency apps that are in "compliance with all state and federal laws for the territories" in which they function. Other apps such as eGifter are also taking advantage of Apple's new virtual currency policy by now accepting Bitcoin payments. 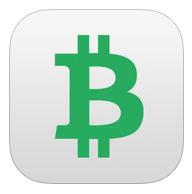 Coin Pocket is a standalone wallet app that allows users to send and receive Bitcoins. Users can also collect and encrypt private keys within the app. Coin Wallet is free to download and it is compatible with all devices running iOS 7.1 or later.

eGifter users can now use Bitcoin to buy gift cards from the app's available 200 brands and retailers. The app is also free to download from the App Store and it is compatible with all devices running iOS 6.1 or later.

It will be interesting to see what other apps start accepting Bitcoins now that Apple has stopped its crack down on virtual currency.

You can see a list of helpful related apps here to learn more about Bitcoin.