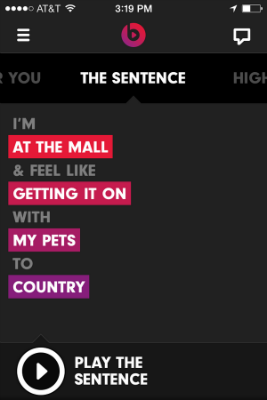 Beats' new music streaming service for iOS, Android and Window devices is for music lovers who don't mind paying $10 a month instead of listening to ads. Beats Music biggest selling point is its recommendation engine comprised of real people, and its fill in the "Sentence" feature that allows users to get suggestions based on what they're doing and who they're with. The Sentence has already spun a meme where users share their most ridiculous answers to the fill in the blank option: "I'm ___ & feel like ___ with ___ to ___".

The Beats Music app is free to download but requires a $10 monthly membership fee after a 7 day free trial. 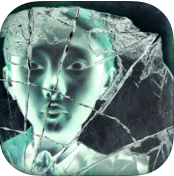 In Fear I Trust is a new game where users must explore a haunted house while solving puzzles and collecting items. Early reviews have complained that the game is full of bugs and that it's just your standard first-person horror title. The developers have promised that the problems will be fixed in a future update.

NOTE: Does not support the iPhone 4s or iPod touch.

Jailbreak Tweak of the Week: Controllers for All - This tweak allows users to pair a PlayStation Dualshock 3 with their iOS 7 device. It's available in Cydia for $1.99.