This week's big stories revolved around the return of one popular app to the Apple App Store and the death of another. Flappy Bird developer Dong Nguyen, announced on Twitter that the mobile game sensation will eventually make a return to the App Store but "not soon." Meanwhile, Twitter pulled its #Music app and told current users it will only continue to work until April 18. Besides the possible rebirth of an old app, and the demise of a high-profile app, it was a slow week for App Store news and releases. 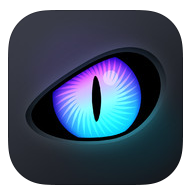 AppZilla has be redesigned for iOS 7 and optimized for the iPhone 5 or later. The app features tons of utilities and apps for your iOS device. Click the link below for a full list. 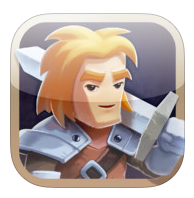 An "old-school" turned-based strategy game. The game features more than 25 warriors and creatures, boss battles, and the ability to evolve your hero and customize your army. 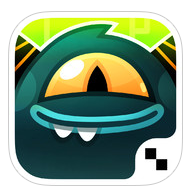 A Cartoon Network puzzle game where Alien globs are brainwashing your friends. 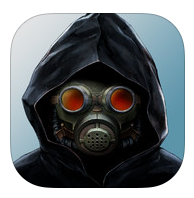 A choose your own adventure for the iPhone and iPad.

Nine individuals, seemingly strangers, find themselves awakening to a rude truth – they’re trapped on a ship that will sink in nine hours, and must play a deadly game in order to escape. Kidnapped by the mysterious Zero, these nine must solve puzzles and uncover the location of the elusive ninth door before time runs out. Each player is tied to a bracelet that controls a bomb within their bodies. One wrong move and they explode. However, beyond this life-or-death game lies questions that they must answer: Why have they been brought here and, more importantly, who is Zero?

- World Cruise Story: $4.99 (Universail) Luxury cruise-liner resource management game
- Shin Megami Tensei (ENG): $5.99 until March 31, then $7.99 (Universal) An RPG game with a promised 40-60 hours of game play
- Checkmark 2: $2.99 for a limited time, normally $5.99 (Universal) Resigned for iOS 7 - A to-do list app
- Dark Guardians: $1.99 (Universal) ***Apple's App of the Week*** Described as "between a runner game and a rhythm game"
- Vocabulary.com: $2.99 (Universal) Improve your vocabulary while playing games
- Star Horizon: $3.99 (Universal) An on-rail shooter where players must figure out a mystery after waking up 1,000 years after an intergalactic war
- Defenders: $4.99 (Universal) A tower defense game where players fight off hordes of evil mutants
- Adventure Beaks: Free (Universal) Create a team of adventure penguins! A side-scrolling platform game

- Drunk Mode (Free) ***TWEAK OF THE WEEK*** Novelty tweak that adds a "drunk mode" button to your Settings app. When enabled you won't be able to send drunk iMessages.
- ProWidgets ($2.99) An extensive widget suite for iOS 7
- MailUnlimitedPhotos ($0.99) Allows you to mail more than five images at a time
- SlideWeather $0.99 Replace the "slide to unlock" text with current weather

I prefer playing "Flappy Feathers - The adventure of a Tiny Dopey Bird" While I wait.

The bird is back ! The new flappy bird is here with dynamic pipes, multiplayers, levels, hard modes ..
https://play.google.com/store/apps/details?id=com.afsus.birdisback