Skype today announced that voice messaging and profiles are back in Skype version 5.2. These services went missing from the iPhone app when Microsoft released a redesigned version of its Skype mobile offering at the beginning of June. In a blog post published on Monday, Skype said they have been listening to user feedback since the release of the redesigned app and have decided to add the most requested features including voice message support. 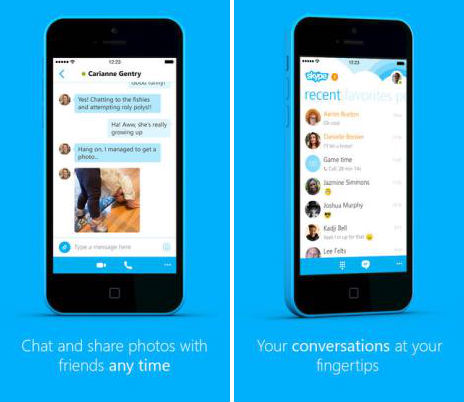 Version 5.2 of the iPhone app also reintroduces contact profiles so users can easily access their contacts' name, birthday, location and other public information listed on Skype, and it brings the ability to add participants to existing conversations with a few simple taps.

The redesigned Skype app released last month added overall performance improvements such as faster start up and fluid animations, in-app banner notifications and more reliable messaging. Version 5.2 with all the latest improvements is now available for free on the App Store. It supports all devices running iOS 7.0 or later.