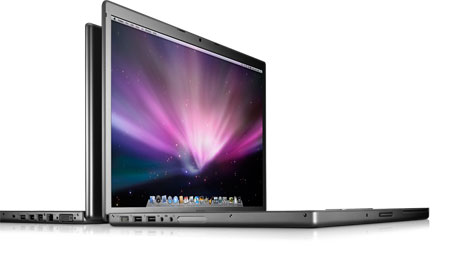 The good news for the Apple faithful, however, is the arrival of these new, beefier Macbooks. Both the regular Macbook and the Pros received upgrades to the new 45-nanometer Penryn processors from Intel and larger hard drives. The Pro models also received the new multi-gesture touchpad previously announced on the Macbook Air as well as a doubling of their video RAM.