An article published today by the Financial Times reports that Apple is in the process of exploring offering unlimited music download from iTunes at no cost to customers who purchase an iPhone or iPod. The concept is basically the same as the Nokia "comes with music" program which the handset manufacturer offers in partnership with Universal Music. 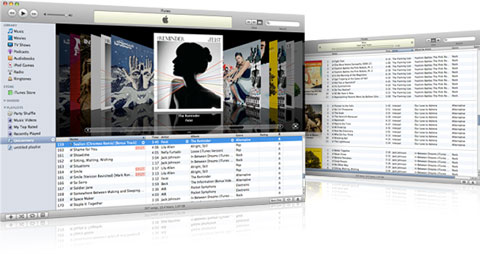 Essentially, either program would allow customers, who have purchased a handset or MP3 player at an inflated price, to download unlimited music and keep that music

permanently (no DRM). The deal is based on partnerships with the record labels within which Apple (or Nokia) pays a flat fee to allow their customers unlimited access to the labels' libraries.

Research has shown that customers have strong appetites for such bundled packages, but bidding wars are holding up these programs becoming a reality. The word is that Nokia is offering the record labels around $80 per handset - divided proportionally between the record companies based what material is downloaded. For the same privilege, Apple is rumored to only be offering $20.

Apple is supposedly also considering a subscription model, where users would pay a monthly fee for unlimited downloads of music they could keep. There is no indication as of yet whether this subscription would be for a fixed period or only month-to-month.

Apple, who most agree is considering the move in order to boost iPod sales, declined to comment on the Financial Times report.

Does paying more for your handset or MP3 player in exchange for unlimited music downloads appeal to you?

My goodness this would be sweet. I'd jump at this.

well, I guess it depends on how much more you'd have to pay for the hardware.

And I have a bridge in Brooklyn I'll sell you.

I don't get what you're trying to say. This has been widely reported and a similar deal (as mentioned) was already struck by Nokia and the labels. This is only a matter of time.

No way Apple was 'rumored' to put up $20 a handset. If thats the case I don't think us iPhone users will be seeing this happen within the next year. I think we're more likely to see a subscription plan if Apple(money munchers) are involved.

That's what Apple was rumored to be bidding. Surely it is a negotation process. I'd expect them to lowball.

Considering Apple's market share when it comes to online music downloads, they could drive a harder bargain than Nokia's $80.